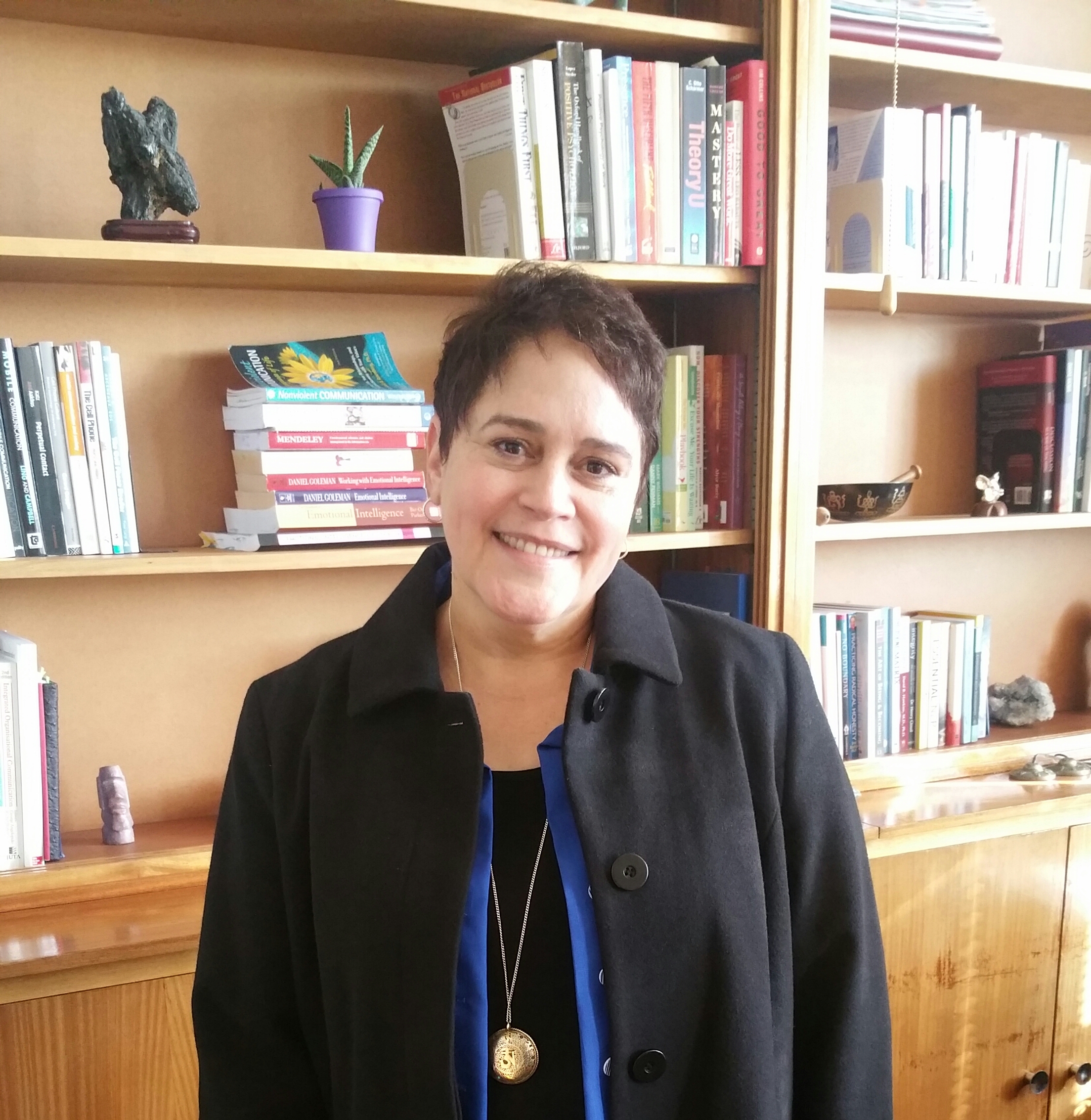 Dr. Rivera is currently the Director of Faculty Diversity, Inclusion and Well-Being at George Mason University, where she creates and participates in collaborative and interdisciplinary alliances around diversity, inclusion, and well-being initiatives; develops and assesses new strategies and structures for recruitment and retention of diverse faculty; develops and shares resources to improve campus climate for existing faculty, including faculty from underrepresented groups; cultivates mentoring, growth opportunities, and well-being initiatives that sustain Mason’s goals of retaining a diverse faculty; and creates, implements, and assesses—in collaboration with campus stakeholders—new initiatives regarding inclusion, equity, and well-being.

She also works with the Office of the Provost and other stakeholders to identify and address barriers for women and underrepresented faculty.

She started her career as an assistant professor in the College of Journalism and Communications at the University of Florida, U.S.A., and then moved to the Department of Telecommunications at Indiana University in Bloomington, U.S.A. as an associate professor. She subsequently accepted a visiting fellowship with the Information and Communication Management Program at the National University of Singapore (NUS) and later  became the head of that program and restructured it to found the Department of Communications and New Media. Under her leadership, CNM won over 24 teaching awards (Rivera won nine of those), became one of NUS’s most popular programs and in 2012 was rated as the third best in the world (QS Global University Rankings by Subject).

Dr. Rivera moved to South Africa in late 2012 and founded Kerplunk Personal Mastery. She was a consultant for the University of Cape Town Graduate School of Business’ Executive MBA Program and facilitated workshops on self-mastery, mindful communication, and emotional intelligence.

She later became the head of the Department of Communication Science at the University of the Free State (UFS) in Bloemfontein, South Africa, where she transformed the ethnic and educational make-up of the department; instilled a more student-centered culture; championed innovative teaching and the adoption and use of teaching and learning technologies, which led to instructional staff receiving several teaching awards. She also  expanded the research capacity of the department and transformed the existing organizational culture to one of effective collaboration, respect, diversity and inclusion. While at UFS she was also the interim Dean of the Faculty of Humanities for one year.

She was the author of the broadcast regulation chapter in Communication and the Law, a media law book published by Vision Press, U.S.A and co-edited, with Rentia Du Plessis, a book titled Pathways Across Cultures: Intercultural Communication in South Africa, published by Juta Academic Publishers. She co-authored four chapters in that book: An African view of the world; Perception and culture; Managing intercultural conflict and Developing intercultural competence.